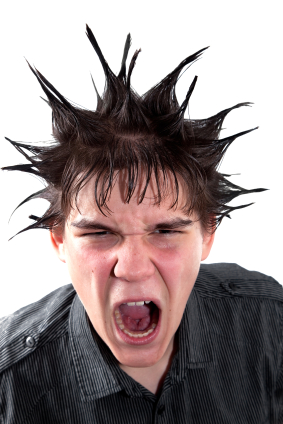 Last week I was watching The Nature Of Things with David Suzuki. It was discussing teenagers having a very important role in the advancement of our society from an evolutionary standpoint.  I thought that this was such an interesting topic so I just had to share it with all you mommas out there who are currently dealing or enduring life with teens.  Perhaps this can change your perception of their behavior and make this time a little more tolerable.

The ‘teenager phase’ is a relatively new phenomena that hasn’t always been part of human development.  It began about 350,000 years ago when there was an advancement in our brain mass.  This is when we developed a larger mental capacity due to the formation of the prefrontal cortex.  This increased our life span by about 10 years and it took longer for our brain to develop as it was capable of doing much more than before this time.  This was the beginning of ‘teenage-hood’.  It is a time of integration of our limbic brain (innate instinct and emotional portion of our brain) and the prefrontal cortex.   Just to clarify the limbic system is often referred to as the lizard brain, because it is the primitive brain that controls our automatic functions such as breathing.  The prefrontal cortex is what controls our memories, allows for us to re-experience our past, understand consequence and also have the foresight to plan for the future.  It is a highly evolved part of our brain that sets us apart from other species.

During teenage years we begin to integrate the two parts of our brain, so its no wonder why teens appear to be taking such big risks and challenging boundaries set by others.  They are simply trying to make sense of the world while forming their own opinions about things.

But the amazing thing about this time is that teenagers have the capacity to use their prefrontal cortex, but being new at it they don’t have the perceived limitations that adults usually put on themselves, either from adhering to wildly accepted opinions or through past experiences that shape their current reality.  So essentially they are willing to take big risks without the awareness of possible repercussions of their actions.

So why should we see this time as a potential to evolve or advance our society? Simply put, because they have the intelligence of an adult without the set limitations.  This is the single thing that usually makes parents crazy, but allowing them to ‘safely‘ explore this intelligence, might enable them create change in our world.  They gave a few examples of what this integration might look like.  One teenager was engaging in high risk (foolish) behaviours like the ‘Jackass’ depicted stunts such as driving on top of a car and jumping into a lake trying to clear a hurdle of some sort or breaking things on top of their head.  To the adult this is ridiculous behavior that needs to be prevented, and I am certainly not advocating that we should let them engage in such activities.

On the other hand though, a 16 year old boy working in the cystic fibrosis research lab at Sick Kids Toronto, conducted an experiment that has created big change in that field.  Had he listened to the limiting beliefs posed on him by adults he would have never made such a discovery, as he was told what he was trying to do was impossible.  Simply put, his lack of limitations and total belief that anything is possible has created positive and profound change in his field of work.  If it hadn’t been for this 16 year old creative mind the discovery may not have been made.  This is why we need to celebrate the teenage brain and allow them some room to discover and shape their reality.  It is this crucial period of integration that can allow adults to reassess their reality and not be so absolute in their thinking.

I am a big believer that a parent is to provide guidance and act as a role model for their child.  And it is extremely important to give them safe boundaries to work within and let them make their own assessments and judgements about the world around them.  Your children are also your biggest potential for growth, so make a concerted effort not to get in the way of their self expression.  You may also have a lot to learn from them and perhaps their lack of limitations can allow you to see the world in a whole new light.

Verdict= Advancing our society while challenging us in every way on a daily basis.  We need them and their wonderful integrating brains to think up new and possibly better ways of doing things to bring us to new heights.

So next time try to celebrate your teenagers when they are seemingly acting wild and trying things beyond your comprehension, what they discover may just change the world! 🙂

Dr. Michelle Peris is a Naturopathic Doctor whose goal is to inspire health through educating, motivating and empowering people.  She has a family based practice out of a clinic in Oakville, Ontario.